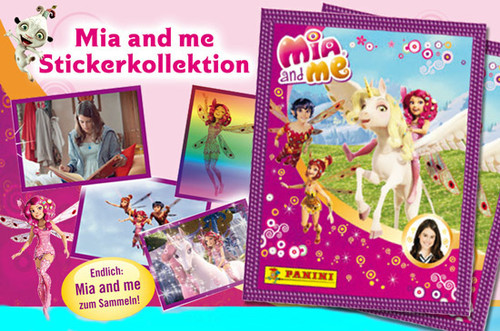 The success story of “Mia and me” in the most literal sense, continues to be written: In February 2013 “Mia and the Elves”, the first volume of the story books by publisher Egmont Schneiderbuch, took first place in the children’s books bestseller list of Buchreport, the most important professional journal of German-speaking book trade. With a total circulation – already sold – of considerably more than 200,000 since the sales-start in September last year, the accompanying publisher’s programme by Egmont Verlagsgesellschaften counts as one of the top themes in the children’s and youth section of the book trade. Up to and including April this year, the programme already includes 16 titles, among which – along with story books – there is also a series of colouring and activity books of the Egmont Balloon brand. In the following months and years, the publishing programme will see further expansion in its depth and extent, among others, this will also include exclusive spin-off novels that will extend the content beyond the TV-series.

Panini will publish two important print products this March. On Tuesday 5th March the first “Mia and me” sticker collection will be released. As a special attraction, the album includes a partial glittercover pressing and an interesting competition. The collection includes a total of 192 stickers, of which 103 special stickers (rainbow-foil, glitter-pressings and special-shape stickers) that make the collection particularly high-class.

On 21st March 2013 follows the first edition of the monthly “Mia and me” fan magazine with much exclusive content and information on all the favourite characters. The starting edition is released as a bundle with the stickers’ album, and Mia’s magic bracelet is included as an extra attraction. The magazine, whose cover is decorated with high-quality glistening lacquer and special colours, includes 36 pages as well as two eight-page XL-posters. A cool photo-story, fantastic colouringmandalas, exclusive unicorn profiles for collectors, funny do-it-yourself door-signs, a large Centopia-quiz and much more will enable the girls to more profoundly discover the magical world of the elves and unicorns of Centopia. The sticker collection and the fan magazine is supported by print advertisement as well as a TV campaign on SUPER RTL and Nickelodeon.