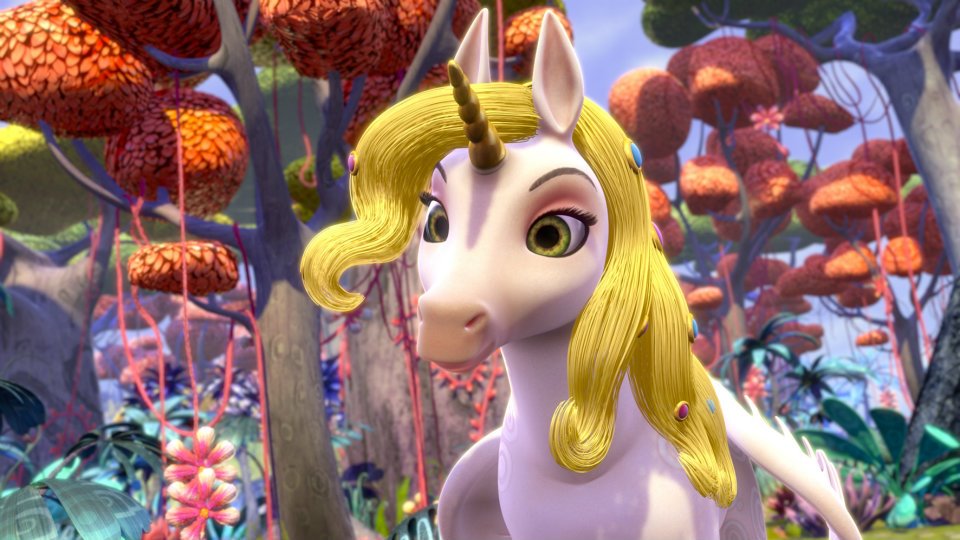 Particular skills
With a touch of his horn, he can make plants grow and creatures heal. He can make withered regions bloom again just by galloping across them. His golden horn promises eternal youth.

Belonging to which herd
Onchao grew up with the Elves in the Crater.

Favorite pasture ground in Centopia
He’s not quite sure which place he prefers: either the beautiful waterfall south of the big lake, or the oasis in the north, near the desert’s border.

Best friend among the Unicorns
His mother Lyria, of course!

Loves to do
He absolutely loves romping around the meadows of Centopia with Mia, or just drifts in the wind with his wings.